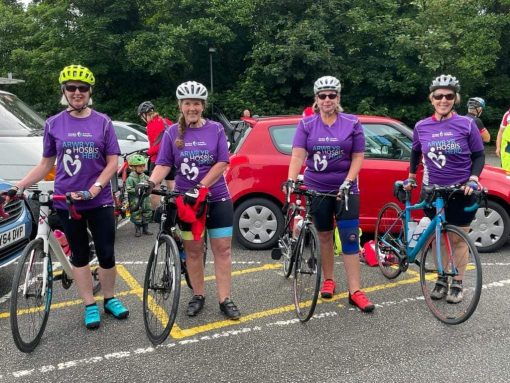 The route will start in Bangor, cycle up to Capel Curig, Beddgelert, Pwllheli, Dinas Dinlle, Caernarfon then back to Bangor. 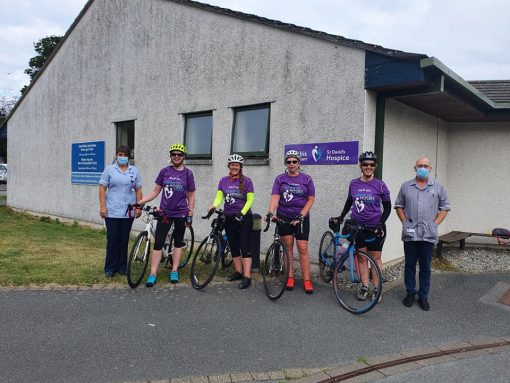 Alex and Chris decided that they wanted to cycle 100 miles in 2021, as well as it being a challenge, they wanted to raise funds for St Davids Hospice. Alison and Jane were invited to join them. All the ladies are HSBC Breeze Leaders and volunteer to lead rides as part of a national initiative with British Cycling.  None of the four have cycled that far before. It is a huge challenge and the ladies have trained hard. 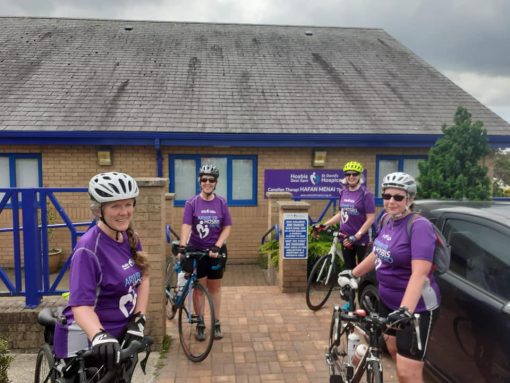 This will be the final ride of a series of three fundraising rides for the Hospice this year. The first was the On Yer Bike Sportive which began at Llangefni, Anglesey and covered a hilly 100k. The second was a ride from St Davids Hospice in Holyhead to St Davids in Llandudno via Hafan Menai in Bangor. This is a ride which Jane had been planning for over two years to mark the opening of the St David’s Hospice Holyhead Unit earlier this year. 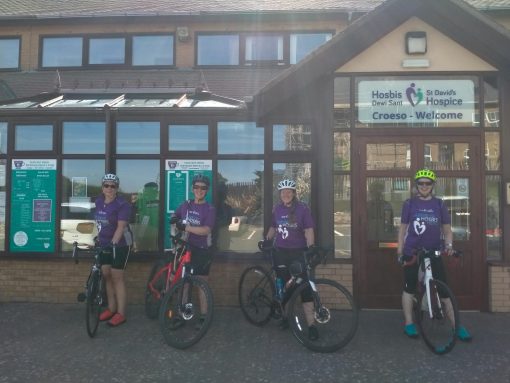 The ladies were joined in Bangor for the second half of the ride by Alun Roberts who is also a Hospice Volunteer and his friend Gary. This ride was particularly challenging for Alex who came into mechanical problems in Llanfair. She then swapped her road bike for her mountain bike and went on to complete the ride on that which was no mean feat. The team were sent on their way and waved off by staff from Holyhead, welcomed again at Hafan Menai and then welcomed at the finish at the Hospice in Llandudno.

Hospice Fundraiser Jane explained her reason for taking on the challenge;

‘’Having had close friends and family members receive Hospice care, I saw first hand the importance of the service. This is what motivated me to apply for a role at St David’s Hospice. When interviewed, I was asked what I’d do to fundraiser for the Hospice, and my reply was ‘’cycle to raise money’’. So here I am, along with the amazing support of my team, honoring my promise. I am very grateful to my team mates for joining me on the challenge, whilst also creating their own routes and ideas of how to push the fundraiser.’’

The team have currently raised just shy of £500 for the Hospice. If you’d like to donate and give the team the extra motivation ahead of the challenge, please visit their Enthuse Fundraising page: www.stdavidshospice.enthuse.com/pf/jane-jones