The Gigantic Pumpkin named ‘Mozza’ was on display at Tatws Trading on Builder Street West in Llandudno visitors to the shop can guess the weight of the pumpkin in return for a donation to the Hospice. The prize was to win ‘Mozza’ or £50 Voucher.

The competition raised an outstanding £348.02 for the local adult hospice.

“Sadly, we lost a close friend in the Hospice and the pumpkin was named after him. The Hospice staff were amazing and it’s a charity close to everyone hearts”

“The winner of the competition chose to receive the Tatws Trading Voucher, and the pumpkin was then sold on for a further donation to St David’s Hospice. 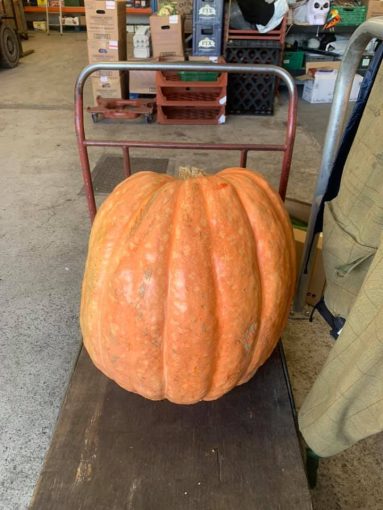