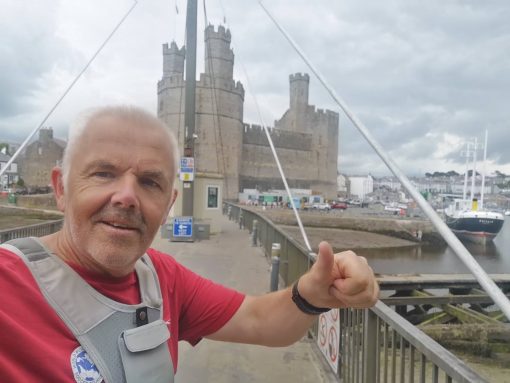 Running enthusiast, Meirion Williams started a running challenge for fun, with the aim of increasing his fitness levels during the pandemic.

But after initially setting his target to run one hundred 5km runs, which he completed in April, he decided to set another goal to motivate him to complete a year-long challenge – 5km a day, for a whole year for charity.

Every step Meirion takes on his year-long challenge is to raise money and awareness for St David’s Hospice, a local charity providing hospice care to adult patients across Conwy, Gwynedd and Anglesey.

On Friday 31st December, Meirion will complete his final run and it is hoped that friends and family will join him. On completing he will have run 1825km, over 1134 miles, or the equivalent of running almost 44 marathons!

Meirion who currently works as a School Technician in Design and Technology at Ysgol Creuddyn, Penryhn Bay said:

“The challenge was a lot harder than I thought it’d be. When I first started running, we were in lockdown but when I went back to work at Easter it became harder to fit in the runs. My earliest run has been 4:30 in the morning! 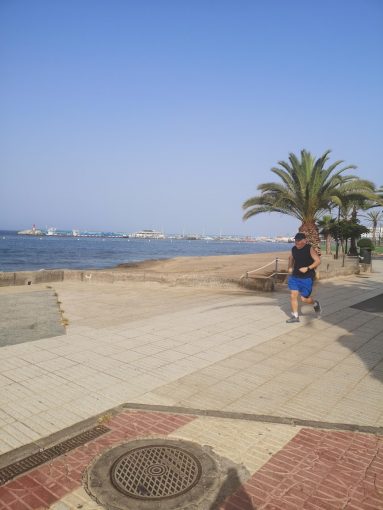 “I’ve been away a few times this year. When in Tenerife, it was difficult with the heat, but I did get the reward of a full English after.

“When in Copenhagen, I had a bit of a nightmare on my first run there. I got lost and ended up an hour away from my hotel. I’m not great at following Google Maps. By the time I did my third run there, I knew the city like the back of my hand and it was my favourite run I’ve done so far.

“My last run, on New Year’s Eve, will be from Creuddyn school at midday and finish at St David’s Hospice.”

So far Meirion has raised £522 for St David’s Hospice, if you would like to support his outstanding efforts go to: https://stdavidshospice.enthuse.com/pf/meirion-williams