Ten-year-old Owen Hughes from Bala was inspired by the work of his Taid and St David’s Hospice Ambassador Dilwyn Morgan, took part in the Snowdon sunset challenge, twice. 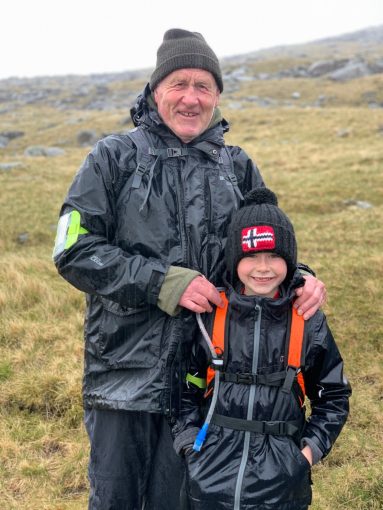 After hearing about the work of the Hospice from his Taid, Owen decided he wanted to do something to help too.  A very keen sportsman and always outside ‘on the go’, the task of walking the mountains was not something new to him yet taking them on at night was.

“It was really challenging at night because it’s normally my bedtime at 9 when we were at the top! But when I wanted to give up, I just thought why I was doing it, and how all the money I had raised was going to help so many people. I just had that in my head really. When I arrived back down to Llanberis I had butterflies in my stomach because I was so happy” 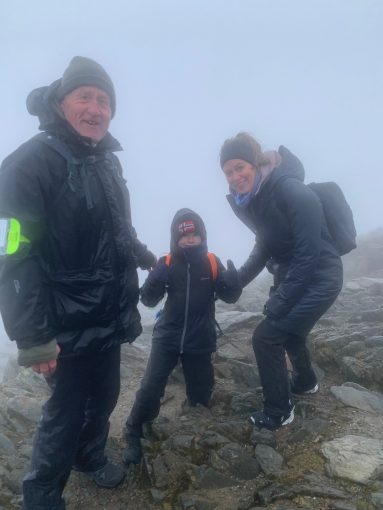 Joined by his Taid Dilwyn and mother Siwan, they followed the nine-mile route of the Llanberis path to the summit. Conditions for both walks were completely different, undeterred by clouds and rain on the first walk, he was rewarded on his second with dry weather and a beautiful sunset at the summit.

Owen also worked hard to raise the money including being interviewed on the radio about his challenge.

“I’ve got to say that I’m really proud of Owen, for walking up Snowdon twice in two weeks, but more because it was his idea to do the challenge. He wanted to raise money for the Hospice. Da iawn Ows!” 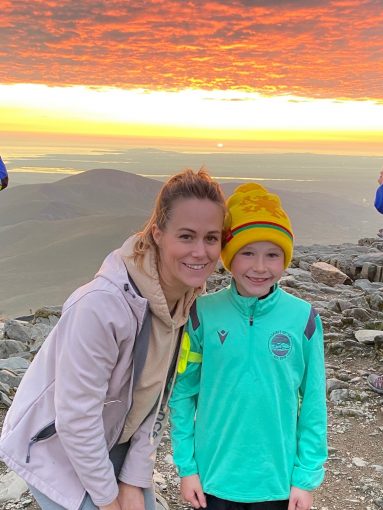 Owen raised £1,020 for the Hospice charity, making a difference to end of life care in North West Wales, smashing his target of £100.

To donate go to https://www.justgiving.com/fundraising/Siwan-Elenid1