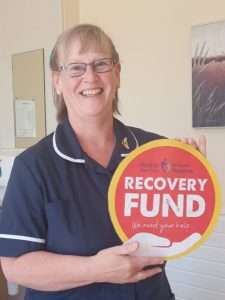 St David’s Hospice has announced that the charity will face a total financial loss of over £1 million, even after the government’s help.

These are losses the charity will simply won’t recover in 2020 having been forced to cancel all its summer events and close twenty-six charity shops and two cafés in Llandudno and Llangefni.

“Our much loved local Hospice is in a fight for its survival. We have faced difficult financial challenges in the past, but nothing as extensive as the losses we face due to COVID19.

“At the very start of the pandemic, we had no choice but to send our income generation and volunteer workforce home.  This means that ninety percent of our income will be lost in the months of May, June and July and there is no telling how long it might take to get back to where need to be.

“I know now that we will be £1 million short of what we need to run the Hospice this year, even after the government’s announcement of help.”

Last month, Welsh Government announced a specific fund of £6.3m to help UK Hospices to keep clinical services running throughout the pandemic.  Of this, £600,000 has been allocated to St David’s Hospice to support its clinical provision costs for the months of April, May and June.  Beyond that, the Hospice must rely on the communities it serves to keep its doors open in the future. 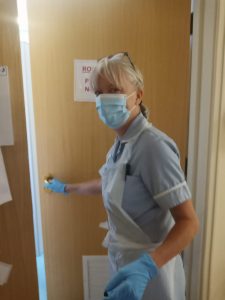 “We are pleased that the government has acknowledged that we are an essential part of the service it wants to provide to people at the end of life, working alongside our NHS colleagues.

“The support given by the government is no doubt a lifeline and it will enable us to keep our inpatient and outreach services open throughout the pandemic, but it will not sustain our future.”

St David’s Hospice is a grassroots charity built on the generosity of the communities it serves.  Each year the Hospice needs to raise over £4 million in order to keep its doors open to be able to look after people living with life limiting illnesses in North West Wales.

The Hospice provides services which are not available through the NHS and works alongside health and social care colleagues to look after the needs of some of the most vulnerable people in our communities.

With just 14% of funding normally coming from the NHS and local Government, the Hospice already relies on over £3.5 million being fundraised locally.

In a bid to recover the los 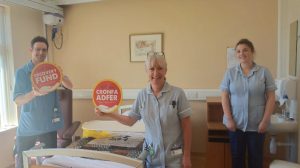 ses, the Hospice is launching a ‘Recovery Fund’ to try to raise £1 million by the end of the year to ensure that the Hospice can remain open.

“As a charity we are very aware of the struggles that businesses and individuals face, and we must face that fundraising will be harder than ever”.

The Hospice is asking that any support that people can give in these unprecedented times, will go a long way to securing the future of the Hospice in its fight for survival.

One of the easiest ways individuals can support the Hospice is to join its weekly  lottery for just £1 a week with the chance of winning up to £1000 every week in the weekly draw.

There are also lots of other ways you can support the Recovery Fund including fundraising activities from home, sponsored challenges or by giving a donation.

For more information, please visit the website www.stdavidshospice.org.uk/recoveryfund or email