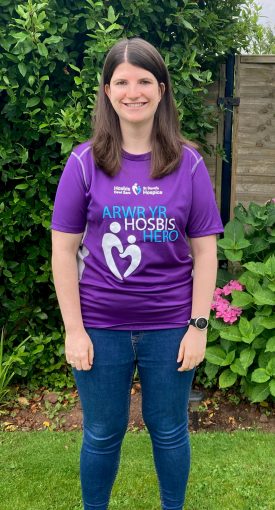 Kathryn Robinson, 28, originally from Deganwy, who has since relocated to Somerset will be completing the Thames Bridge Trek raising much needed funds for local palliative care charity St David’s Hospice.

The Thames Bridge Trek is a 25km walk which starts in Fulham in west London and ends in Southwark in east London, taking in 16 of London’s bridges. Kathryn will join over 2000 walkers and trek across the Capital taking in unrivalled views of the skyline and historic landmarks.

This event will take place on 11th September, with Kathryn taking part in memory of family friend Tracy Nolan, also known as Margaret. Tracy in her final days was looked after by St David’s Hospice, as well as being involved in a number of events whilst she was still alive to raise money for the charity, such as concerts with The Harmony Singers in Llandudno.

Kathryn, University Admissions Officer explained her reason for taking on the challenge:

“I wanted to do this in her memory as a happy event to celebrate her life, in addition to remember the many people – most importantly her family whom she loved very much – who miss her every day. I know the Hospice is close to the hearts of many who knew her.

“I have always believed that hospices are amazing places because the support that they offer patients and their families and friends – just like St David’s Hospice did with Tracy and her family – which is inspirational at an extremely difficult time.
Kathryn continued to explain her reason behind supporting the Hospice: 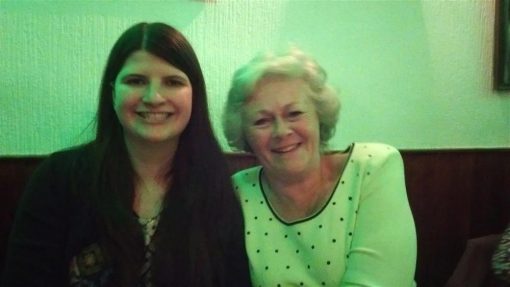 “I was born in the Deganwy area and lived there until I was six, so it feels very special to be doing this not only to raise money for the place that looked after Tracy so well, but for a charity close to ‘home’.
“I’m excited to complete the challenge! I think on the day I will also feel very emotional; I will have plenty of time to think about Tracy and what she means to me and so many others.’’

If you would like to sponsor Kathryn, please visit her JustGiving page: www.justgiving.com/fundraising/kathryn-robinson14

James Wilde St David’s Hospice Conwy Area Fundraiser thanked Kathryn for her support:
‘’On behalf of the Hospice I would like to give a massive thank you to Kathryn for supporting our charity. Without the support of community fundraisers such as herself, St David’s Hospice would not exist. Good luck with your challenge.’’